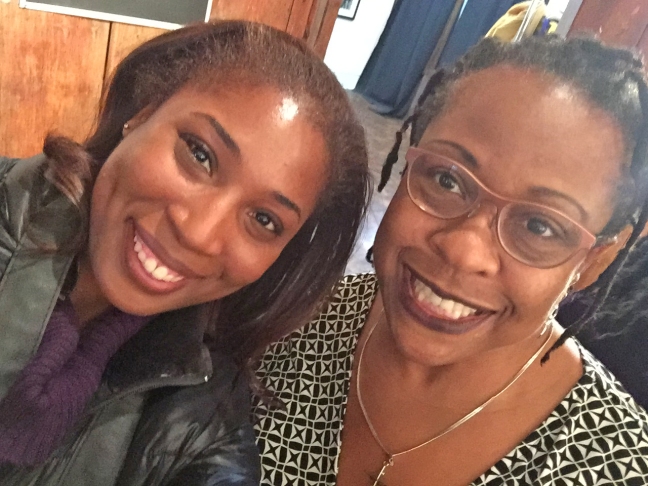 I first posted about how I felt when I was laid off.  (Check it out here.) The owner of my company decided to abruptly pull the plug. After a full day of reporting, I checked my email like I habitually do every few minutes, and learned that my job was no more. Any story that I was working on wasn’t going to get published by DNAinfo because it was gone. The website took me straight to a message from the owner expressing himself and saying goodbye. All three years of my work had literally disappeared (the site is temporarily back up). There wouldn’t be a phase out period. It was over.

As I expressed in my first post, I was devastated. I love reporting and I worked at a really cool place that let me cover neighborhood stories. I cried, a lot, but then I felt myself get stronger. So here I am a week later. How have you been? I get that a lot. Well, I’ve been great. Like, seriously. I’m alright.

Some of you may have noticed that I’m still writing. Yes, I am. I haven’t taken a break yet. I lost my job a week ago yet I’m still working all day. Nothing has changed except that my editor isn’t asking me for updates throughout the day. I’ll be honest, when I showed up to a press conference on Tuesday, I felt a little self-conscious. I wondered if people would look at me strange or ask awkward questions. As I got ready that morning I wasn’t sure if I still wanted to go. I thought about staying home, but I realized that I had an opportunity to continue sharing good news happening on the South Side. So I went.

[I toured the new facility for Popacorn Popcorn Thursday. The owner, Micah Smothers, was great!]

I’m glad I went. I did receive questions, but they weren’t awkward. I received lots of love and hugs. Here I was reporting for free, for this little website I created at the last minute (I’m working on improving it). I wasn’t sure I would receive the same respect, but it was the opposite. People respected me that much more because I was doing something because I wanted to, not because I had to.

The rest of the first week went the same. I did another story. This time an exclusive with a local business. The source hugged me at the end and thanked me for still providing coverage in areas where not enough positive stories are told by the media.

Then today I covered the opening of a new South Side clinic. I stumbled at first when people asked who I was with. I hadn’t quite figured out what I wanted to say, but as I stood around and mingled afterwards, it became easier and easier to answer.

I  realized that for too long I’ve been attaching my name to different companies, most recently DNAinfo, for validation and respect. But no more. I’m sure I’ll end up reporting for another news organization again, but that name isn’t what makes me. People respect me because of who I am and the great work I produce. And if someone sticks their nose up at me because I say I’m currently an independent journalist and I’m not affiliated with a prestigious news outlet, oh well. I’m doing this for me. I’m doing this for the South Side.

You don’t expect a dog to stop barking or a cat to stop licking itself so don’t expect a reporter to stop writing. I’ve been doing this since high school. I did this through college. Before I became a freelancer, I contributed just to get my name out there. I got into this news game working for free because I had drive and passion. That didn’t die with DNAinfo. I don’t know how to stop finding stories. Honestly, they find me. And when they do, I can’t turn my back on them. I can’t turn my back on the people who have gotten used to checking their timelines or morning e-newsletter for my stories about their neighborhoods. Reporting is in my blood. I can’t just stop. Sorry.