Michelle Obama Muralist Stole My Work Then ‘Attacked’ My Character

The woman who created the art that was “stolen” and used to make a mural of Michelle Obama said she feels under “attack” by the man who copied her work and said the whole situation has been “stressful and hurtful.”

Murdered Chicago Teen Died with Bus Ticket Out of Town 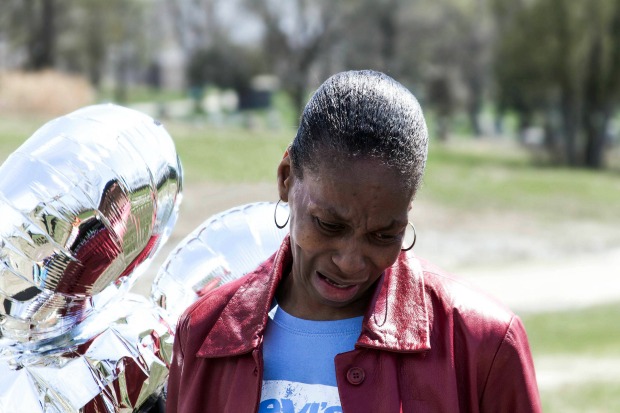 Last fall 17-year old Rodney Stewart knew he was in danger and that he needed to get out of Chicago.  Stewart had a plan. He was going to move to Iowa, where he could live with two friends and where he had a lead on a job.  He bought a ticket for a bus leaving Chicago on November 10, 2012.  But in the early morning hours of November 8th, just two days before that bus would have left, Stewart was found face down in an alley in the 2600 block of West 83rd Street, shot in the back of the head. He died later that day.

Students who Survived Bus Crash in Africa Return Home, Thankful to be Alive

O’HARE AIRPORT — A Chicago film crew and students from Englewood who traveled to Africa are back in the city after a horrific bus crash that left a member of the group dead. 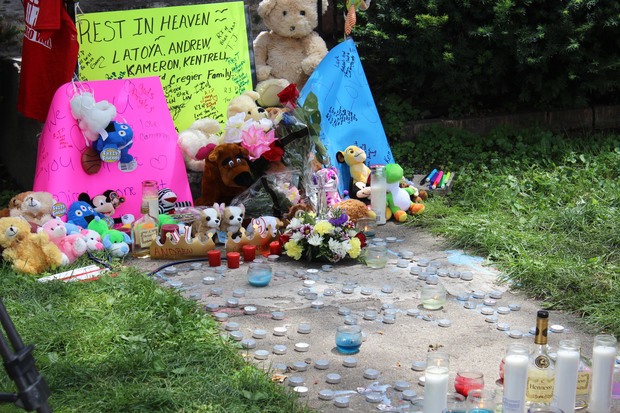 CHATHAM — On Saturday, the Chicago Police Department needed breathing equipment when they entered the home of a Chatham family that was found dead. The stench from the home was so overwhelming that neighbors had called police, who needed a special apparatus from the Fire Department to get in.

The elementary students, including some as young as third grade, competed in Nashville this weekend for the U.S. Chess Federation’s Super Nationals Tournament. The tournament is held every four years.

ENGLEWOOD — Lindblom Academy students have been accepted into three of the crown jewels of American higher ed: Harvard, Stanford and the Massachusetts Institute of Technology.

Described as “dream students,” Andrea Bossi will attend Harvard; Faith Jones will enroll at MIT and Abisola Olawale will be at Stanford.

EBONY speaks with the late comedian’s wife and takes an exclusive look at his most treasured room.

They say behind every great man is a great woman.

In the late comedian and actor Bernie Mac’s case, that great woman was his wife, Rhonda McCullough. 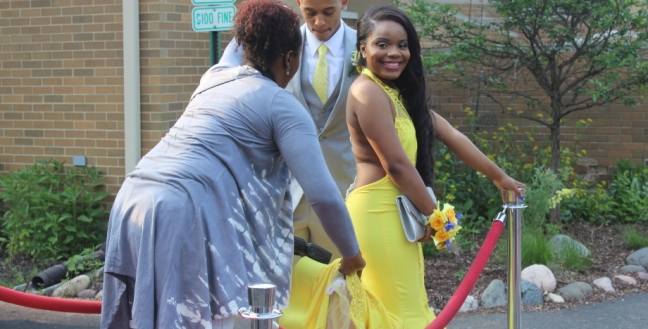 Even though a Homewood Flossmoor High School senior was banned from prom over the lyrics to a spoken word piece, sitting at home alone was not an option for Taiylar Ball on Saturday evening.

The 18-year-old still participated in at least part of what has become the norm, an elaborate send-off party with three other couples. After posing for photos along the professional backdrop and the mini-red-carpet outside, she got into the limo and headed to the festivities, which were held downtown at the Field Museum of Natural History. 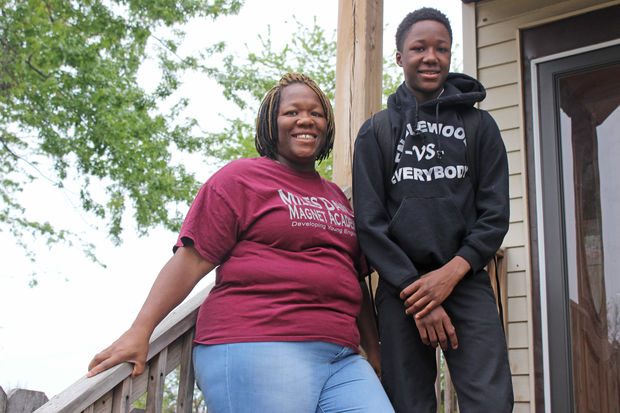 If the neighborhood high school in Chicago isn’t dead, it’s on life-support.

At some high schools, less than 4 percent of students attend even though the schools are supposed to serve students closest to where they live.

CHICAGO — The Mothers Against Senseless Killings group, or the ‘Army of Moms’ as they are sometimes called, will soon have posts in New York City.

The women who set up camp on their South Side block after shootings last summer — which led to five weeks without shootings in the area — inspired women in New York anxious to try something similar there. 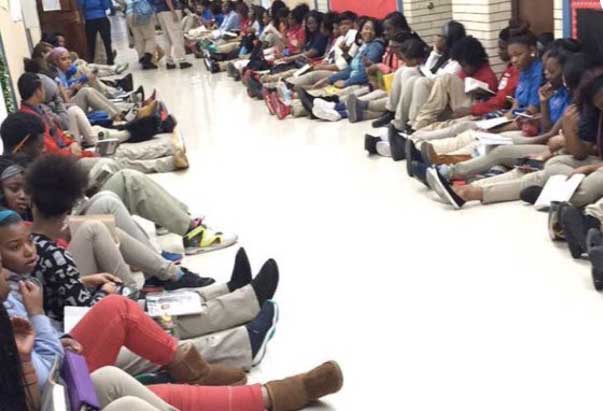 BRONZEVILLE — At least 200 students from the DuSable Campus walked out of class Friday as part of a demonstration to bring back their librarian and stop the library from closing.

EAST SIDE — With the help of both the city and a local organization, a few communities have found resourceful ways to prevent basements from flooding and sewers from overflowing.

A green sustainability initiative has been happening on the South Side thanks to the Metropolitan Water Reclamation District and nonprofit Faith in Place. The organization aims to inspire people to care for the earth through four areas: energy and climate change; sustainable food and land use; water preservation; and advocacy, outreach coordinator Ramont Bell said.

African Group Tours South Side, Sees ‘Another Side to The Story’ 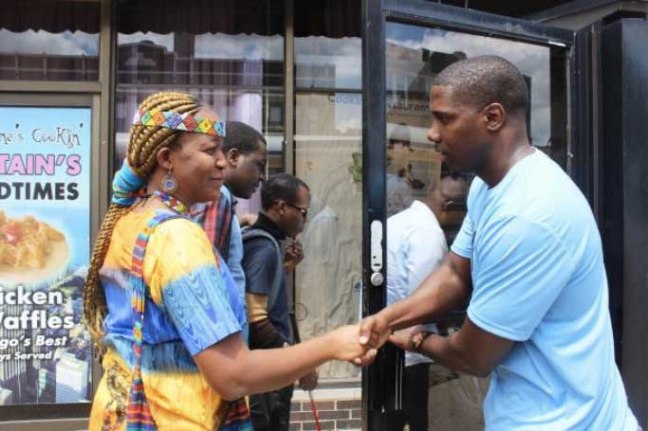 CHATHAM — “My Block, My Hood, My City” founder Jahmal Cole wants to raise money to take his group’s teens to Senegal.

The idea for the trip came after he led a tour of 27 African entrepreneurs from more than 20 countries through Chatham on Tuesday. They ate chicken and waffles at Josephine’s Cooking, 436 E. 79th St., formerly the iconic Captain Hard Times.

T.D. Jakes: This Generation Must Reinvent Themselves, Become Entrepreneurs

Jakes pastors The Potter’s House, a nondenominational megachurch in Dallas with more than 30,000 members. He’s in Chicago promoting MegaFest, which will be held in Dallas next month and feature Chicago speakers.

After Years of Illegal Activity, Troubled Chatham Business Might Close 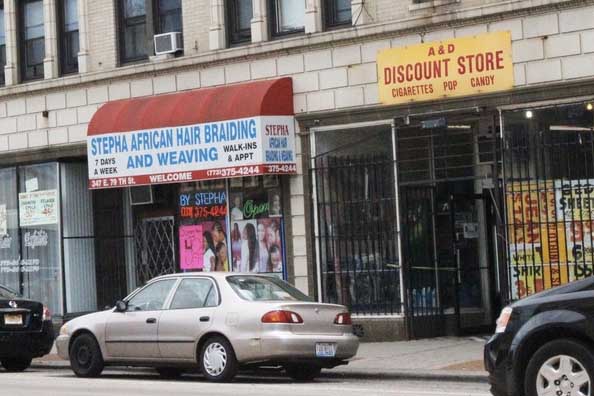 CHATHAM — A tobacco and convenience shop in Chatham — which has been fined tens of thousands of dollars by the city for repeatedly selling untaxed cigarettes and other violations — is closing, a store clerk says.